Why elitism in Singapore exists & how to change it

There seems to be a lot of discussion about elitism in Singapore due to the recent merger of some of the neighborhood junior colleges.

Judging from the strong reactions every time a policy or someone’s views is perceived to be elitist, elitism in Singapore appears to be a social problem that many feel strongly about. There is a collective sense of abhorrence towards those who feel a sense of superiority over others due to one’s academic abilities or wealth.

Contrary to popular opinion that elitism stems solely from some kind of innate moral failing, I feel that it is a by-product of our Singapore education system.

In this post, I hope to share some factors which I feel might have contributed to elitist mindsets in some individuals and what can be done to combat it.

Please note that what I’ve written below is just my two cents worth. I do not claim to be some kind of expert in human psychology. So, if there are any points which you wish to contest or add on to, please do so in the comments section so that other people can benefit from another perspective. 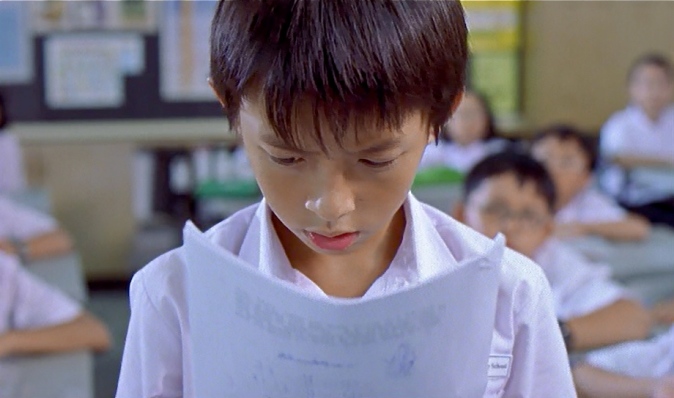 1) The failures of ‘meritocracy’ contributes to elitism in Singapore

Meritocracy is a concept that is deeply set in the national consciousness of Singaporeans. During my time in school, we were repeatedly taught concepts about how under this system everyone has an equal chance to rise to the top as long as they work hard.

As a result, our youths grow up believing that if they succeed, it is solely due to their hard work. By the same logic, they also believe that if others fail, it is not because of structural factors but solely because of one’s laziness or incompetence.

Of course, that isn’t entirely the case. Indeed, meritocracy was the foundation of our success in Singapore’s early years of independence where many were more or less on the same level playing field. However, in our present generation, Singapore has one of the highest income inequality globally and this hinders meritocracy.

Contrary to people’s idea of a fair world, one’s family wealth and educational background play a much larger role in one’s success. This fact was acknowledged by some of our political leaders in the past few years.

In 2010, Minister Mentor Lee Kuan Yew shared some glaring statistics about how privileged children with parents who are university graduates have a much higher probability of excelling in school. More than 50 percent of students studying in top schools like Raffles Institution, Anglo-Chinese School (Independent) and Nanyang Girls’ High had fathers who were degree holders and came from rich families.

“When society’s brightest think that they made good because they are inherently superior and entitled to their success; when they do not credit their good fortune also to birth and circumstance; when economic inequality gives rise to social immobility and a growing social distance between the winners of meritocracy and the masses… – that is elitism,” – Goh Chok Tong during his speech at the RI Homecoming dinner in 2013

I still believe that it is important to teach the value of hard work in school and her role in contributing to an individual success. No one can deny that diligence is a good trait to have.

However, when teaching this, we should also be careful not to send the message that this system is perfect and diligence alone can guarantee social mobility. We need to actively impart the concepts of privilege in school to our students and share about the constraints that poorer or middle-class students face that could impact their success.

2) Lack of interaction with students of other social class

Another factor which I believe contributes to elitism is the lack of interaction with students of other social classes. This segregation is brought about by two factors.

Firstly, many of the top primary schools are located in wealthy districts – Nanyang Primary School is at Bukit Timah; SJI is at Novena; CHIJ Katong and Tao Nan are located at Marine Parade. Given that proximity is a key factor in determining admissions to a school, students of wealthier backgrounds tend to concentrate in these schools. They then go on to affiliated institutions at a secondary level.

Secondly, streaming at an early age also contributes to this segregation. Students who come from privileged backgrounds tend to do better in school due to parental upbringing and tuition. They are often segregated into better schools and classes. This separates them from the poorer or middle-income students who might not have access to the same privileges as they did.

This contributes to an elitist mindset because at a young age, students who perform well have attitudes such as “I got into a good school because I am hardworking and smart and others did not because they were lazy”.

This viewpoint is further reinforced when their wealthy peers within the elite institutions get poor grades due to laziness and not other key factors that tend to affect students from middle class or poorer backgrounds.

“When you put students together…. it gives them space to form friendships and not remain culturally blind.” – NUS Sociologist Paulin Straughan

While some may argue that elite schools are already mixing with people of a different social class through volunteer work, I feel that hardly counts as a deep interaction and is simply insufficient for the to understand the limitations that others face.

What are our solutions? To combat elitism in Singapore, I feel that we could consider the option of doing away with streaming at a primary school level. After all, most countries don’t subject their students to standardized tests at the age of 12 and students simply attend secondary schools within their district. For some elite institutions like RI and HCI, they could have their own placement tests.

Of course, this will have to be done incrementally by first allowing parents to opt out of the PSLE. As WP’s Yee Jenn Jong explained, many private schools globally already through-train students from Primary to Secondary, including overseas schools based on the Singapore curriculum. Some of these schools have done well in international tests despite not subjecting students to standardized examinations at Primary 6. Finland switched to such a through-train system nationwide with encouraging outcomes. Her PISA test scores are comparable to Singapore’s.

3) Students defining their self-worth based on grades

Schools and parents are constantly harping on grades and their fears are not irrational. There is a huge difference in the type of environment you get in an elite school compared to a neighbourhood one. Beyond that, it can also affect your job opportunities in the civil service. Many government agencies tend to ask for your O level and A level grades during job applications and pay graduates based on their class of

Beyond that, it can also affect your job opportunities in the civil service. Many government agencies tend to ask for your O level and A level grades during job applications and pay graduates based on their class of honours in university.

However, growing up in such an environment can take a toll on one’s self-esteem. According to local counselors in Singapore, this results in young children’s sense of self-worth being defined by how well they do in school.

To worsen matters, many Singaporean students spend most of their time on school work and private tuition, limiting their extra time to develop their strengths and identity outside of the curriculum.

When an individual defines his or her own self-worth based on academic performance, naturally he or she would also define their peers with the same yardstick.

I suspect that sometimes even who react negatively to elitist comments tend to also base some part of their self-esteem on academic performance or status. Otherwise, they won’t be upset in the first place.

For instance, if someone mocks my ability to climb trees, I won’t feel offended at all because I don’t even care about climbing trees and am secure that it doesn’t define my worth. Or if someone laughs at me for being fat, I won’t be upset too because I really don’t think that I am.

At any rate, I feel it is really unhealthy when someone bases too much of their self-esteem on one or two factors. It would have a disproportionate impact on your happiness; makes you feel superior to others and feel threatened when others have the same strength. This doesn’t only apply to grades but also factors like one’s careers; looks or even ‘altruism’.

For instance, there are some girls who are not very physically attractive by society standards and so they put all their self-esteem on their intellect. When they see another woman who possesses both and of similar age and proximity to them, they start feeling super threatened and turn to destructive behaviors like badmouthing to feel superior.

Given that elitism in Singapore is pretty much a by-product of our system, I feel that real change starts with not only our mindset but also proactively relooking our existing policies like streaming; the way we teach about meritocracy in school and correcting the various flaws in our education system.

If we only take a reactive approach by complaining online every time someone says or does something elitist, it doesn’t really address the root of the problem and only encourages others to not voice their views or simply say politically correct things to make others happy. However, it doesn’t really change how others feel inside.

If this post resonated with you, do like and share it. If you have any other points to add, let me know in the comments section below. 🙂

Why are Singaporeans upset about the Presidential Election walkover

Clayton Christensen, the business scholar who coined the term “disruptive innovation”, passed on earlier this week. For those who are...

My close friend, a private university graduate, interviewed at a government-linked company (GLC) last year and was told by the...

I recently finished a book I received as a gift for my 26th birthday from Gerald G titled “Neither Civil nor...

Why are Singaporeans upset about the Presidential Election walkover

❤️Initially i mistook this for Chrysanthemum b

"Be kind, be original, create more than you consum

My closest friends are my competitive advantage in

Thanks all 1000+ of you who attended my workshop a